H+R were asked to conduct a detailed timber condition investigation on the roof structure of the Flagstaff Tower. The existing leaded roof was due for replacement and the Structural Engineers and estate surveyors required knowledge of any required timber remediation, prior to works commencing.

The investigation comprised micro-bore drilling to determine the extent of any decay to the bearing ends of the large section timber carriage beams supporting the ceiling joists, as well as to the timber wall plates around the perimeter of the roof and the ceiling joists themselves. Decayed timbers or decayed sections of timber were marked on-site with chalk for ease of identification later. On-site visual strength grading was also conducted on all the accessible structural elements of the building, as well as species identification of representative timber components.

Decay detection found a number of decayed timbers and areas of timber decay; remedial advice for sympathetic and cost-effective repair was provided in the report. Invaluable information for the Structural Engineer was given regarding the approximate strength classes of the timbers via in-situ visual strength grading. Species identification of representative timbers on-site and later in the laboratory identified Oak (Quercus robur/petraea) for the majority of the structural carriage beams and most of the ceiling joists, as well as softwood (Pinus spp.) material for the remaining ceiling joists and one carriage beam, with the flagpole base identified as Douglas Fir (Pseudotsuga menziesii). 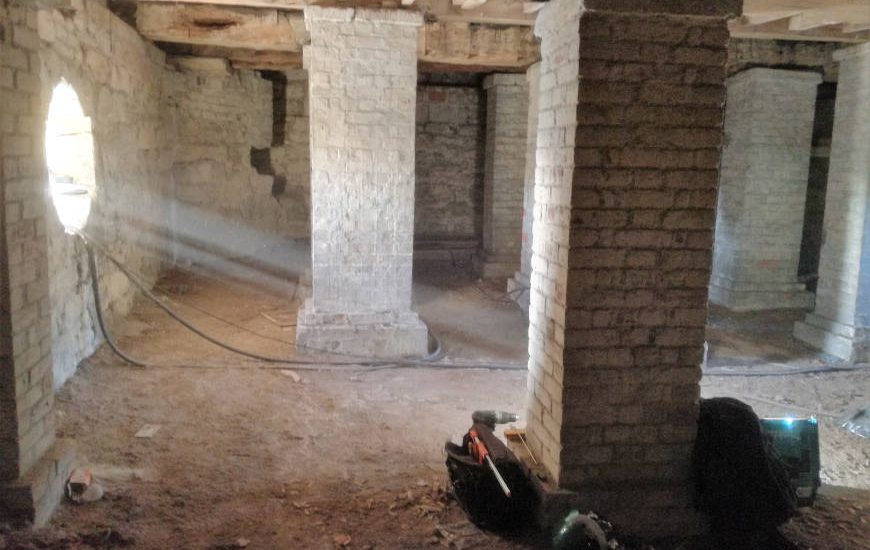 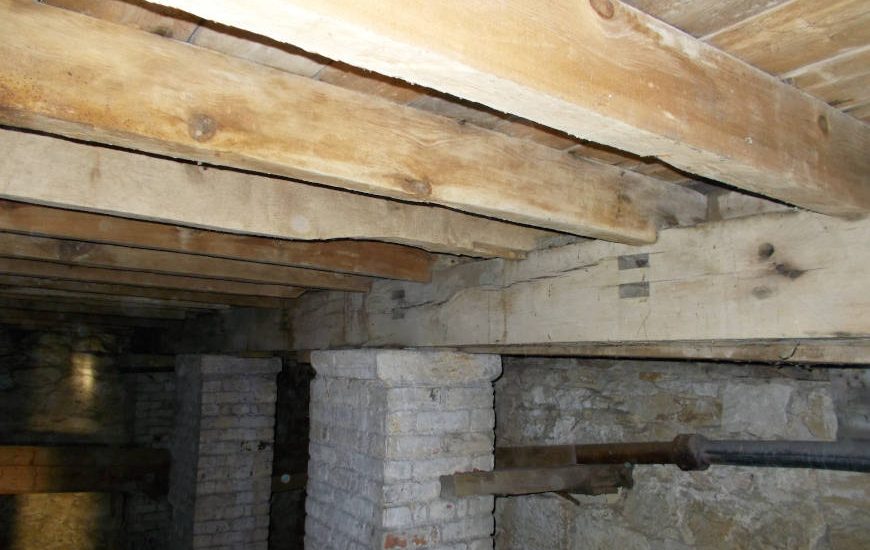 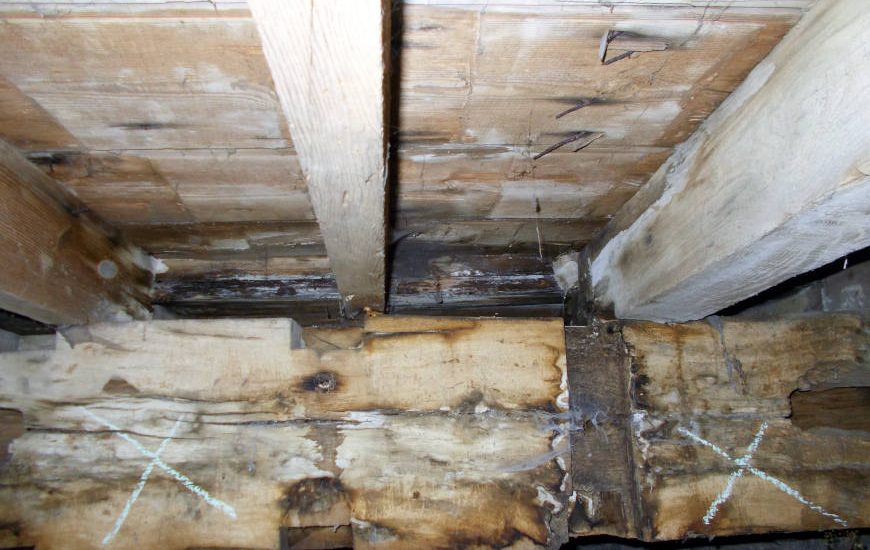 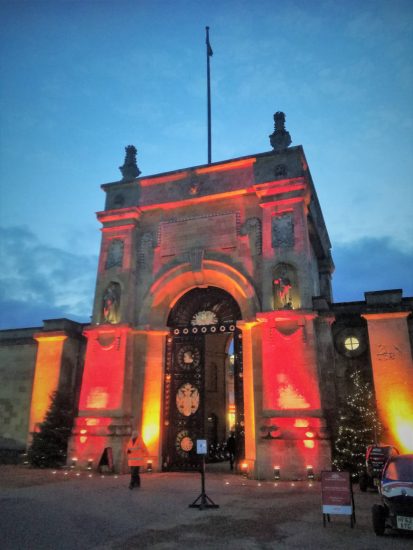