This grade II listed mid18th Century granary was sadly subject to extensive fire damage in April 2015. A small but historically significant urban riverside agricultural building, the structure was comprised of traditional timber frame construction, in both oak and Baltic pine and clad externally. The walls were close studded with infill panels of brick noggins. A painting of East Bridge dated 1775 shows it to have been originally thatched. Most impressively the first floor included a large 330x320mm stopped and chamfered spine beam running the length of the building. H+R were tasked with evaluating what, if any, of the original timber frame was salvageable after the fire and the passage of time. 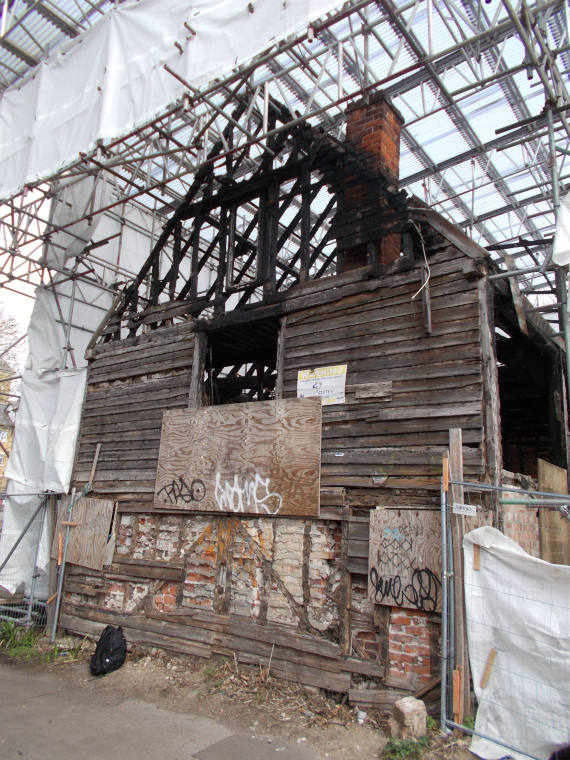 The granary investigation consisted of a detailed examination of the primary and secondary charring factors to the main structural timbers. We established that the fire had primarily occurred at the first floor level, causing the most amount of damage to the roof elements. Although largely undamaged by the fire, the ground floor timbers were found to be subject to significant decay as a result of the firefighting efforts when vast quantities of water were used to quench the fire, as well as due to more conventional historic decay. However, despite this, the greater majority of ground floor timbers, including the central spine beam as well as a select number of first floor timber frame elements were found to be suitable for retention.

A thorough cross-sectional analysis of specific timbers gave information of the depth of charring to the enduring historic timbers and their remaining structural integrity. Micro-drilling for decay and deep moisture content readings were also conducted to establish the effects of long-term moisture damage. Laboratory microscope analysis of charred timbers gave us evidence of the original timber species used within the barn so that they may potentially be replicated in like-for-like fashion. H+R were then able to produce marked-up CAD drawings highlighting the timbers that were most suitable for retention during the future refurbishment works, and to give recommendations on how best to carry these out. 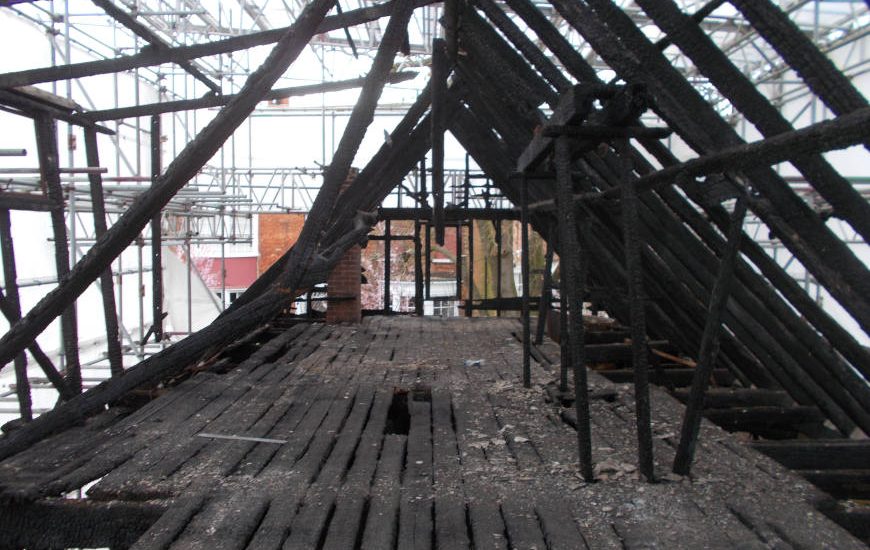 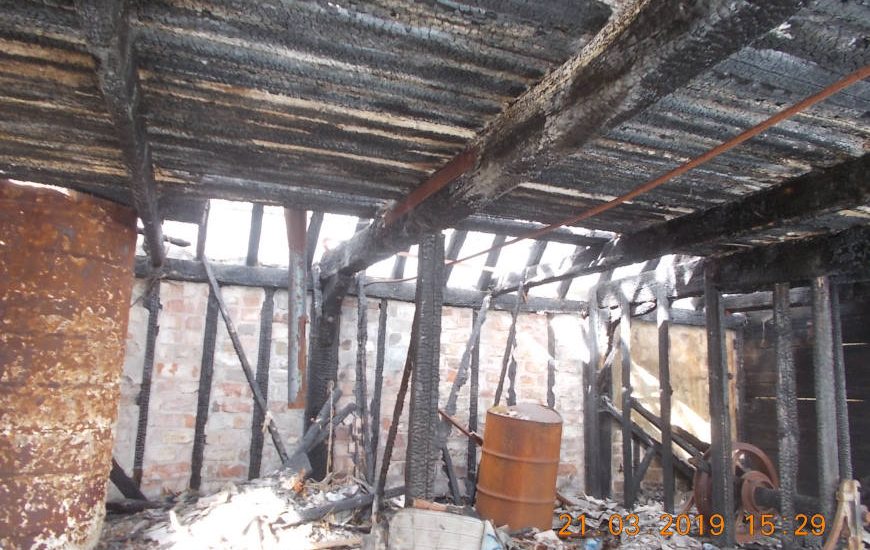 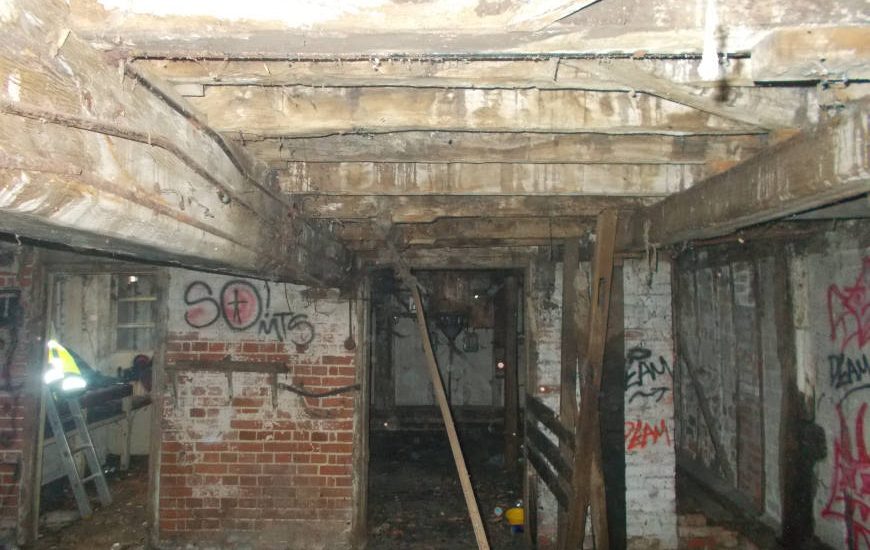 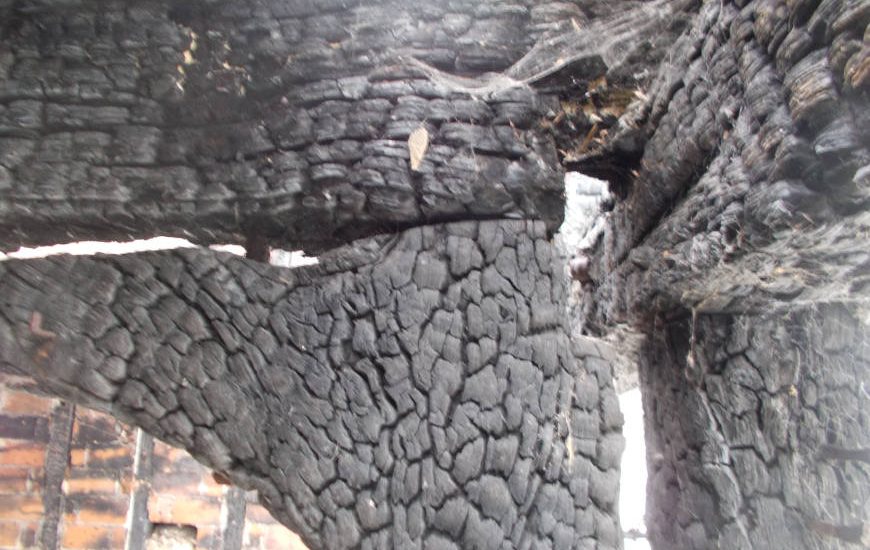 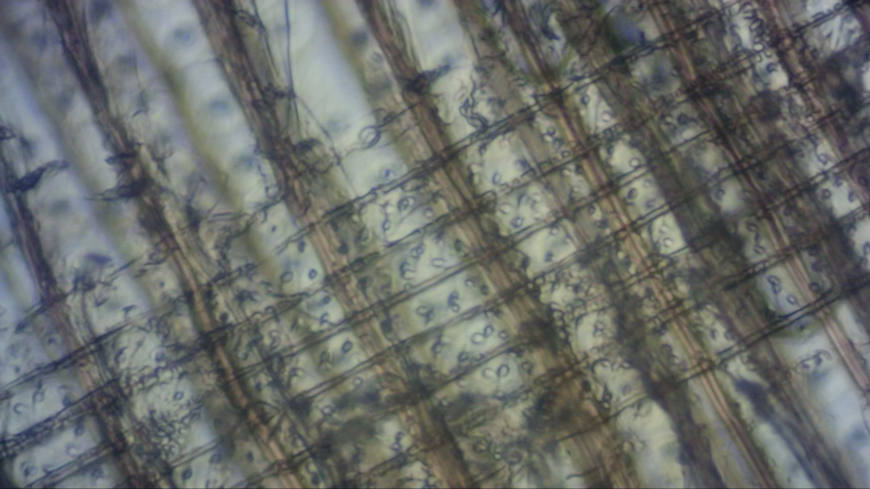 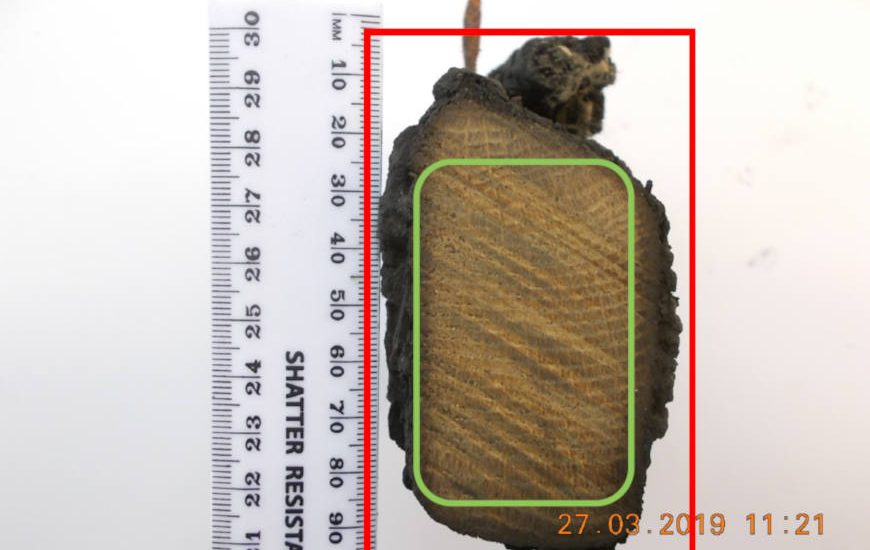 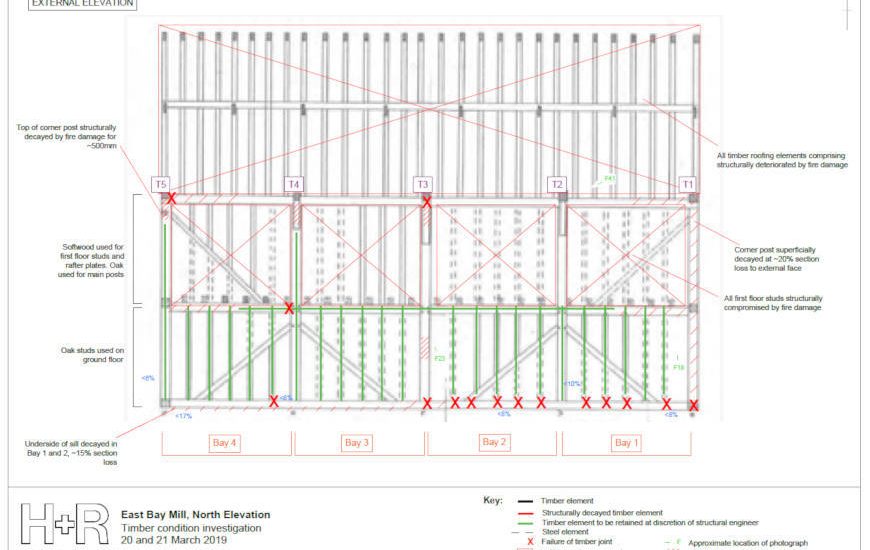