The grade II listed building was part of a redevelopment scheme which was to include new housing. This site had an interesting history having been a Napoleonic prisoner of war camp in the late 18th century, a workhouse during the 1800s and later converted into an NHS hospital site in 1946. H+R were instructed to investigate the floor structures for constructional techniques utilised and to assess timber for decay state and vulnerability to decay using specialist techniques. Cost-effective remedial works were provided with a view to discharging relevant NHBC building warranty conditions.

The building had a history of water penetration, especially at internal valley gutters where potential blockages in the rainwater drainage system would tend to flood the interiors. Water penetration at valleys had recently increased dramatically following the theft of leadwork leading to chronic water ingress, and sustained conditions for damp and decay to timber structures, especially those timbers embedded in masonry. At time of survey, demolition works including stripping of roof finishes had begun. This had allowed uncontrolled water penetration into the structure which was resulting in, raised timber moisture contents and water ponding on floors in localised areas. 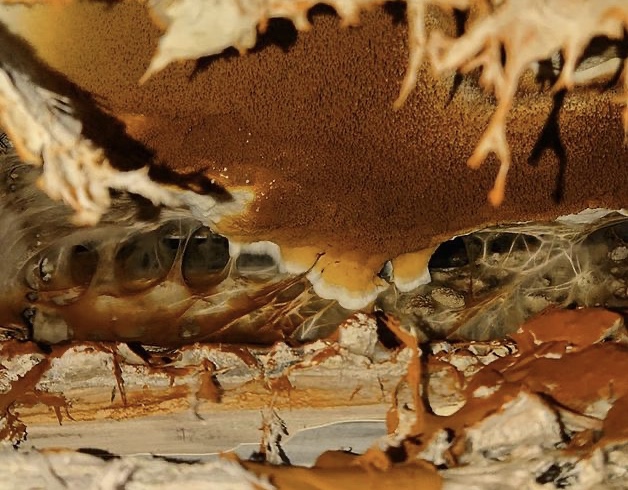 Decay detection drilling was used to check built-in joist and beam bearing ends, and also condition of the embedded plate for structural integrity. Moisture content deep within timbers was measured by probing with resistance-based extended probe meters. This showed moisture contents of 6 to 14 per cent in the majority of areas which was too dry to sustain timber decay. Generally, the historic softwood joists were found to be in good condition and free of structurally significant decay.

On visual inspection, and by deep detection drilling, there were only very localised signs of historic beetle damage which were assessed as not structurally significant as the damage was to sapwood bands only. Localised areas of damp and decay were identified where joists and plates were in contact with damp affected and dry rot infected brickwork. These embedded timbers were structurally decayed or remained very vulnerable to further infection and decay during and after refurbishment unless adequate remedial measures are taken to address water penetration and dry the damp masonry. All defective or decayed timbers were sprayed with water-soluble red paint for quick and effective identification.

How we solved the problem:

We provided detailed recommendations for repair, conservation and remedial specifications so as to prevent further decay. This included isolating timber elements from damp or potentially damp and dry rot infected masonry via the use of continuous damp-proof material, through-ventilated air gaps or joist hangers. No chemical remedial timber treatments were necessary and no wall irrigations or injection of chemical damp-proof course materials were required. Timber elements which were free from decay at time of survey, were able to be retained subject to checks prior to close-up, to snag for latent water penetration issues which may occur during the works. The maximum retention of historically important material was required by the planning and conservation authorities. 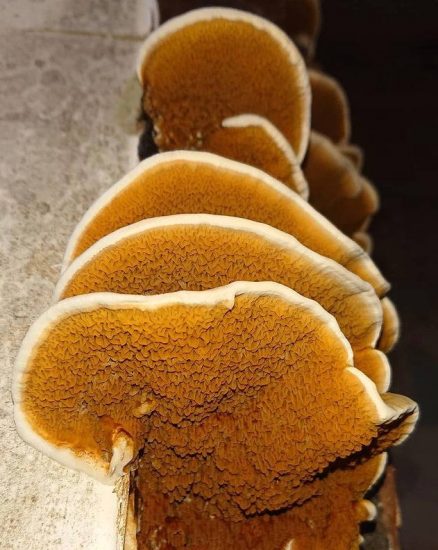 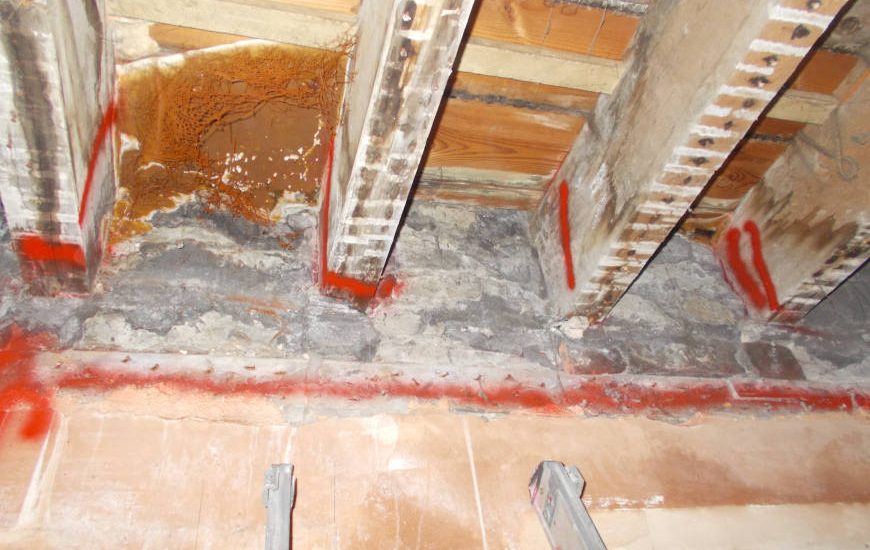 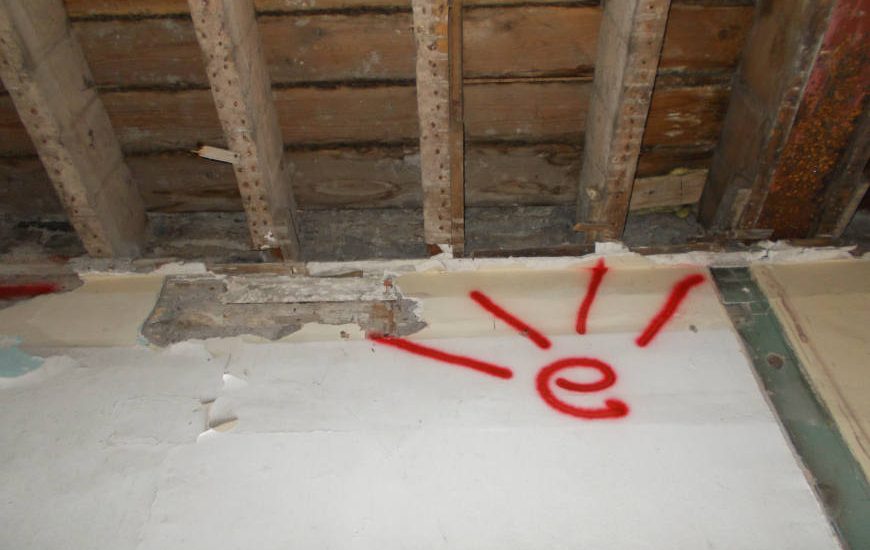 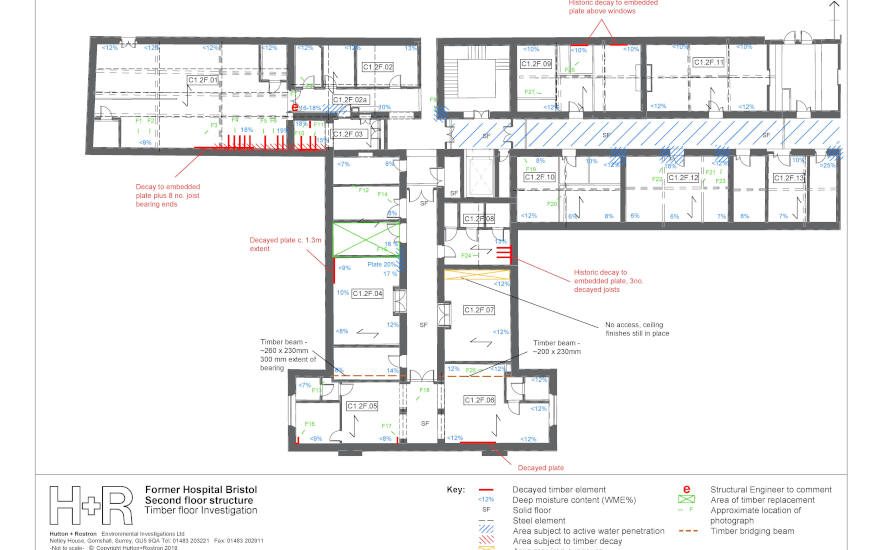 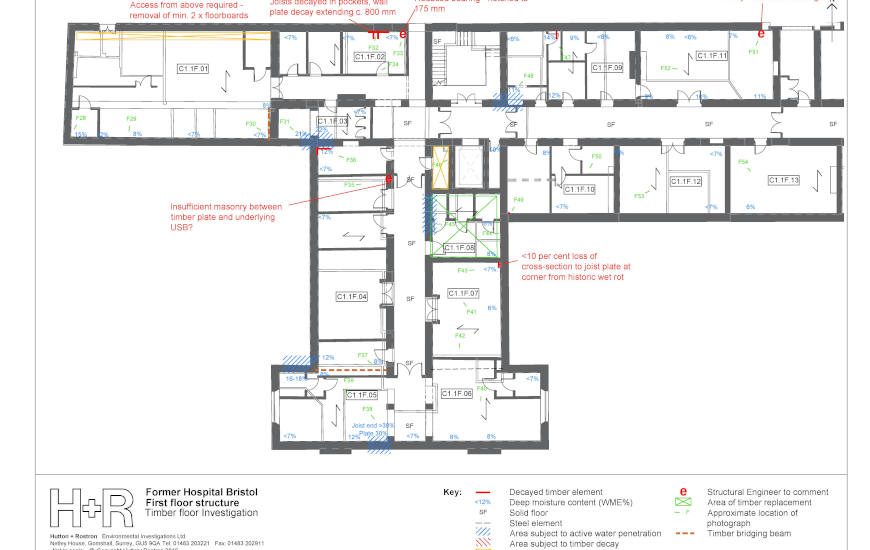