The lower ground floor of this relatively new-built block of flats was undergoing refurbishment after flooding from a burst water tank, when some decay to the structural timber frame was noted. Further opening-up of the timber frame at and above skirting level revealed what appeared to be extensive wet rot decay to the sole plates and studs throughout the three flats on the lower ground floor level. Breaking-up of the slab and screed around the embedded internal and external wall timber sole plates uncovered severe localised decay. On inspection there was what appeared to be significant dampness left over from the flood, as well as visible liquid water from continuing plumbing leaks. Although drying methods had been implemented via the use of injection drying equipment; mould growth was evident in many places particularly on the wall surfaces. H+R were instructed in conjunction with loss adjusters to assess the extent, and likely source, of the decay to the timber framing, and to advise on cost-effective remedial works to allow the flats to return to domestic occupancy and to maintain the capital value of the building. 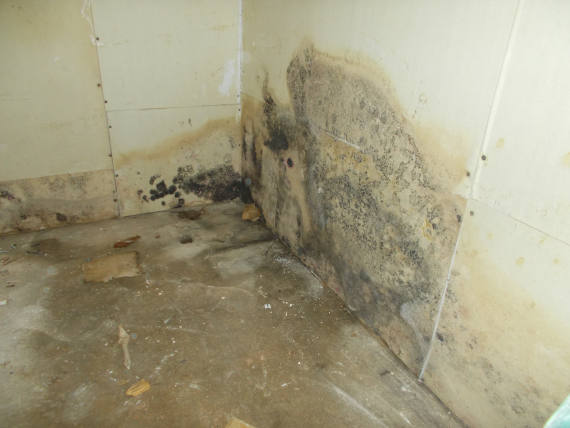 The investigation comprised a careful inspection of the recently opened-up sole plates (the majority of which had been embedded on three sides with a cement-based screed and polystyrene insulation), decay detection drilling to determine the extent of timber decay, deep and superficial moisture content analysis of timber components as well as laboratory analysis of masonry samples from the concrete slab and cement-based screed to create a moisture profile, as well as thermal-imaging of the lower ground floor areas alongside temperature/relative humidity/dew point readings. Samples of mould were also taken to be sent for laboratory analysis. Cutting away sections of the external oriented strand board layer revealed that in some locations the timber frame was in direct contact with the ‘waterproof’ concrete retaining wall, and elsewhere the cavity was filled with construction debris and earth.

Laboratory analysis of the decay organism revealed it to be active wet rot decay (Fibroporia vaillantii) and likely to have been caused by the recent flooding. However, the severe historic decay to the noggins at the base of the timber frames, as well as to the bottom rail of the stud walls, indicated the structure had been ‘closed-up’ (with plasterboard and OSB) whilst retaining significant levels of moisture within the timber elements probably acquired during the construction period. Although water remained entrapped within the membranes wrapping the timber plates; the injection drying process of the floor structure was verified to have been effective with moisture in the masonry floors only apparent in the areas adjacent to the continuing plumbing leaks. Further advice on preventing the spread of decay, drying-out of the saturated timbers, re-detailing of the timber plates, and reducing mould contamination to the internal environment of other areas of the building was also provided. This allowed the early return to occupancy of the affected flats and continued occupancy of the building. 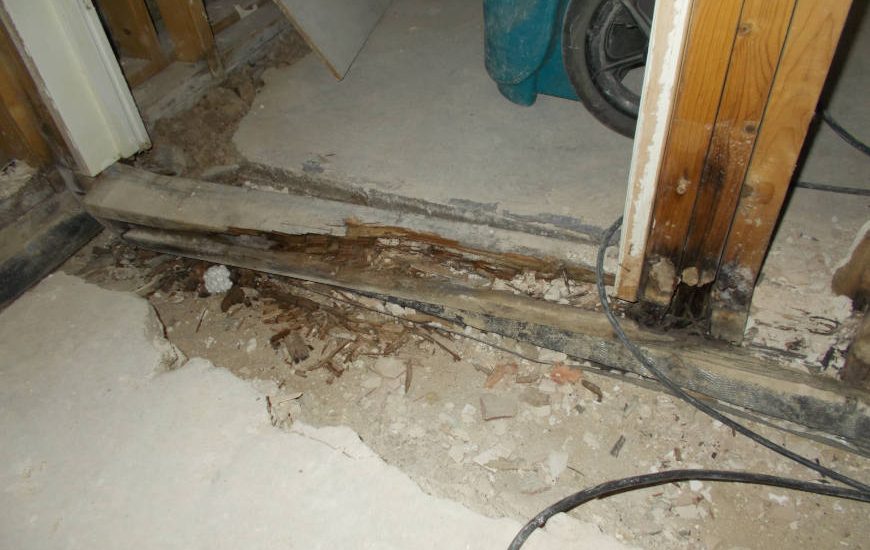 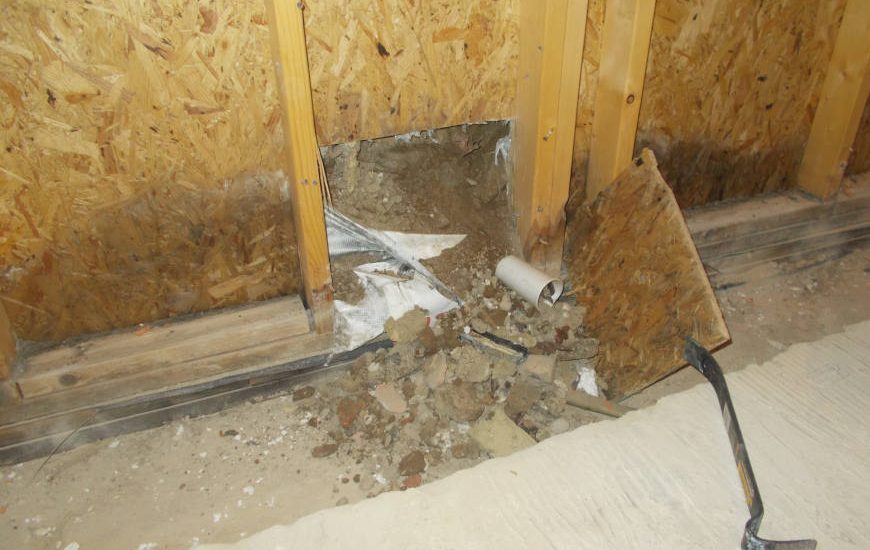 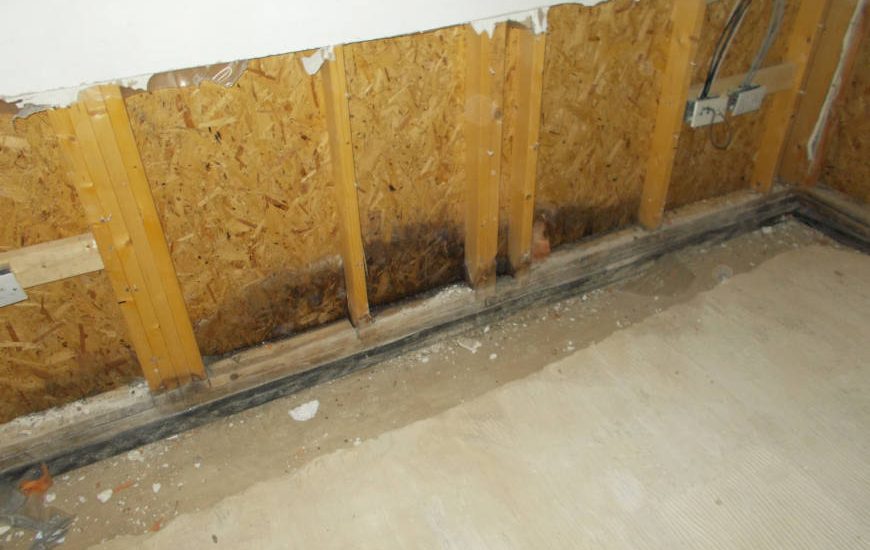 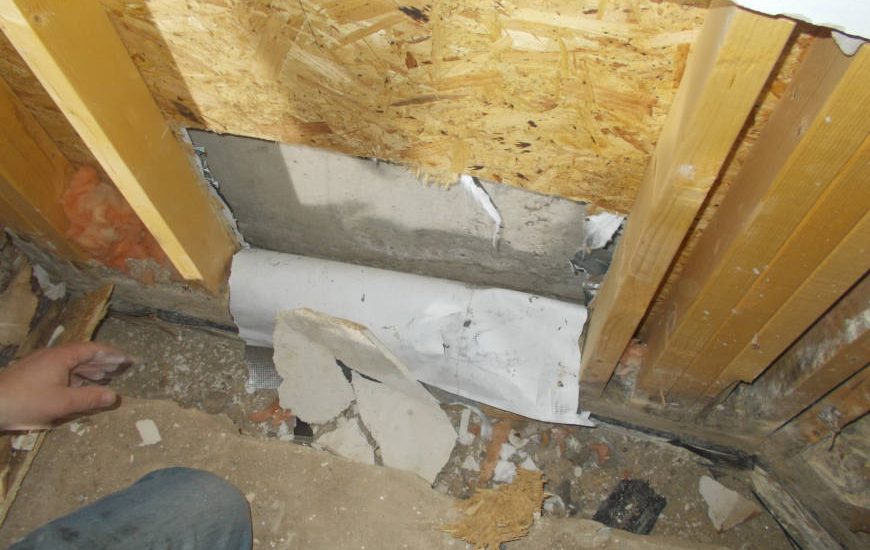 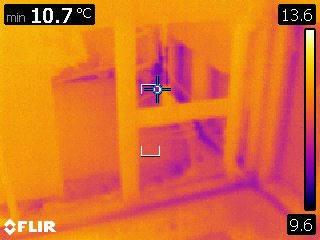