Along with other surveys H+R undertook a paint cross-section analysis in selected rooms of an 18th century building in Mayfair, London. The client required an overview of the general colour schemes of the ceilings and some walls rather than a complete revelation of every painted element in each room. The building’s history was complex as it had had multiple uses over the years; it was originally built in the early 18th century as a private home, extended and altered several times over the next two hundred years and used as a bank until it was converted into a retail store around the turn of the 21st century. 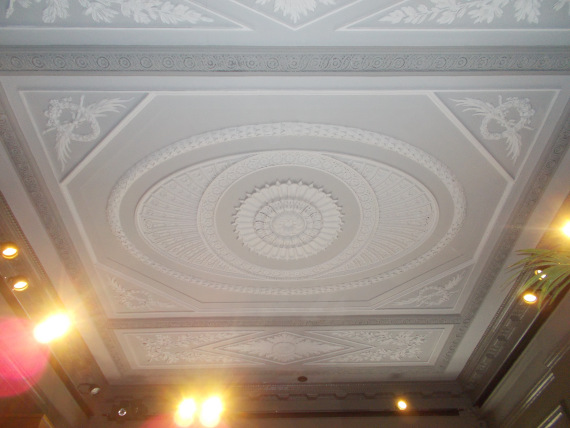 Paint samples of approximately 5mm x 5mm were extracted carefully from the wall or ceiling so as to include the substrate material from representative locations chosen by the client. In the H+R laboratory the samples were individually set in a two-part hard curing resin with their correlating label to record their room number and the exact location of extraction. Once cured they were polished using wet and dry micromesh of varying grades and photomicrographs produced.

Under a microscope with a maximum magnification of 1000X the colours of each paint layer was matched using the RAL K7 Classic colour chart. These colours can then be matched to historic colours using paint cards from companies such as the Little Greene Paint Company.

On studying each paint colour layer it was found that during the time in which the building was a private house, a muted pastel scheme made popular by the architect and interior designer Robert Adam (1728-92), had been used. The schemes included the conventional blues and greens of the time and in one room a ‘peach buff’ colour. These three colours tended to be quite expensive choices for that time. While the building was a bank, various off-whites were used over the years, in varying combinations. The final scheme consisted of the dark olive greens and browns that could be seen on the walls of the retail space. 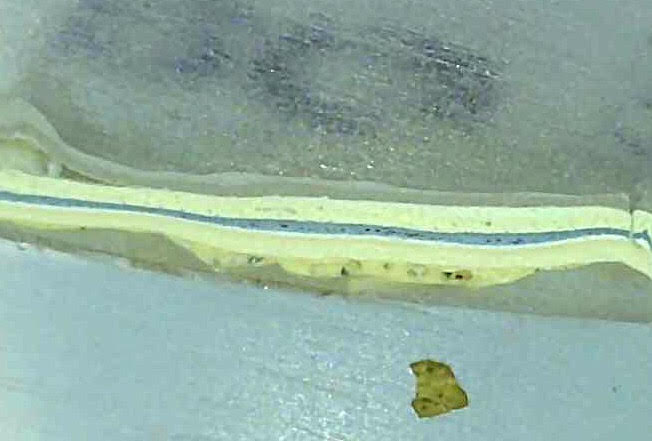 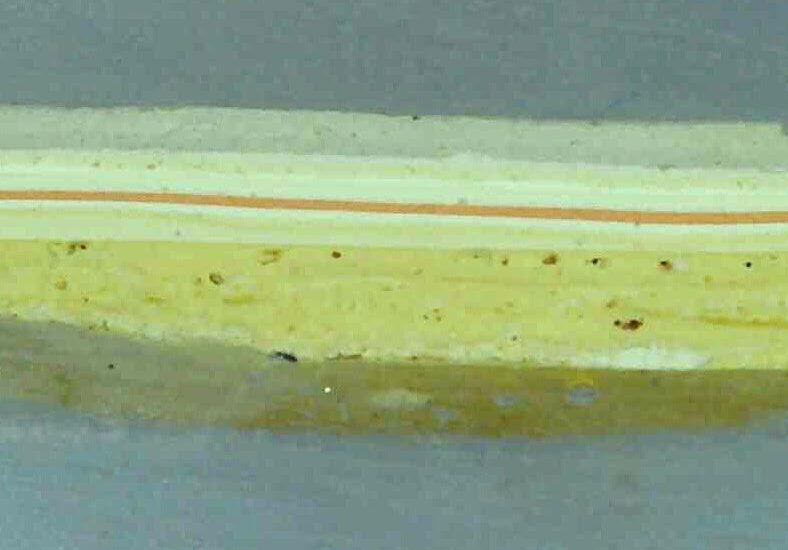 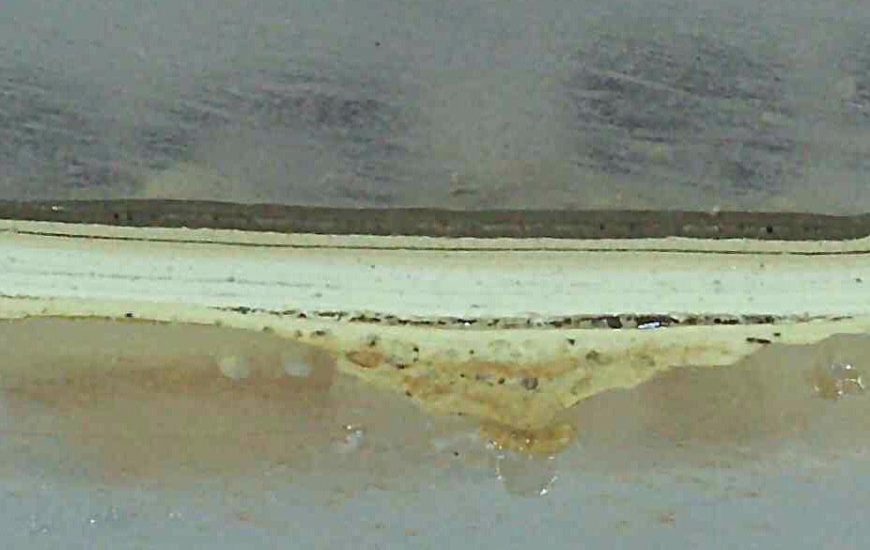 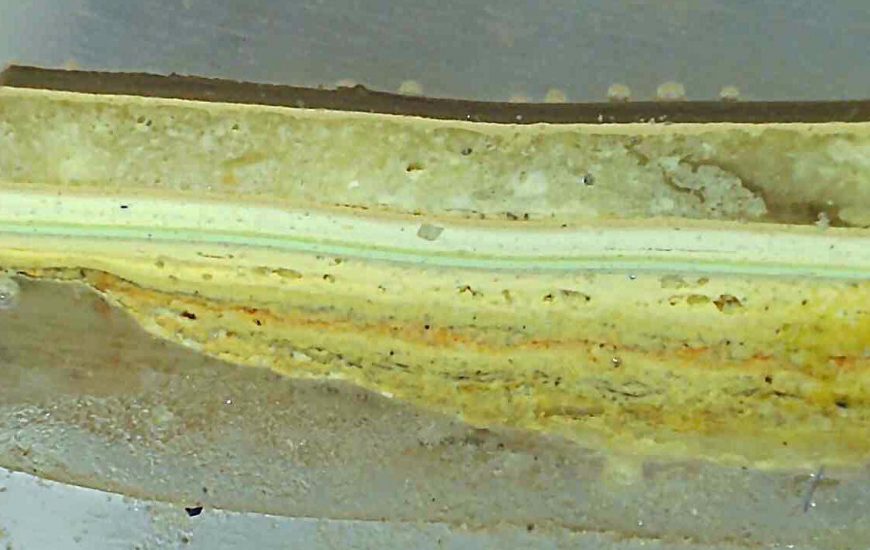