The client had instructed H+R to investigate this building in St Albans, specifically concentrating on the historic timber frame elements. The questions that required answering were the presence and extent of any timber decay or wood-boring beetle infestation that may be affecting the frame, the likely cause of any decay revealed, and the suspected age of any decay, as part of ongoing discussions between the landlord, and the current and prospective tenants of the property. Remedial recommendations to correct any defects noted were also required. 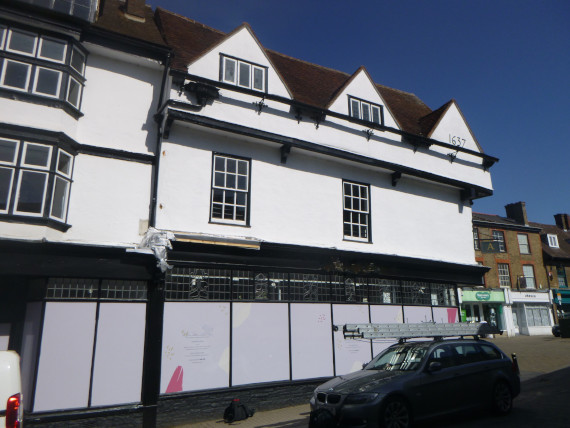 Due to high-quality retail finishes within the building, the investigation comprised a detailed internal and external examination of the area of timber frame in question, with targeted decay detection drilling and deep and surface moisture probing, in conjunction with borescope and videoscope technology where necessary within building voids and areas inaccessible at the time of survey. Microscopic analysis of insect frass and samples for species identification was also undertaken later in the H+R laboratory.

Structurally significant decay was detected, but generally confined to one primary corner post where wet rot decay and subsequent wood-boring beetle infestation had resulted in almost total loss of cross-section. Detailed external investigations revealed a number of remedial patches affecting the rainwater goods directly corresponding to the internal decay, which when combined with use of a bituminous impermeable lining between the timber frame and the cementitious render to the façade, was considered to have significantly exacerbated the effects of any moisture ingress. However, moisture content readings were mostly well below the decay threshold, with the majority below 12-10 per cent w/w, and as such the wet rot decay was considered historic. The extent to which the oak heartwood had been decayed by wood-boring beetle, in this case Death watch beetle (Xestobium rufovillosum), suggested chronic and frequent saturation by liquid water over a long period of time, and using this information, together with the moisture readings taken on the day, it was possible to produce a likely timeline to present to the client. 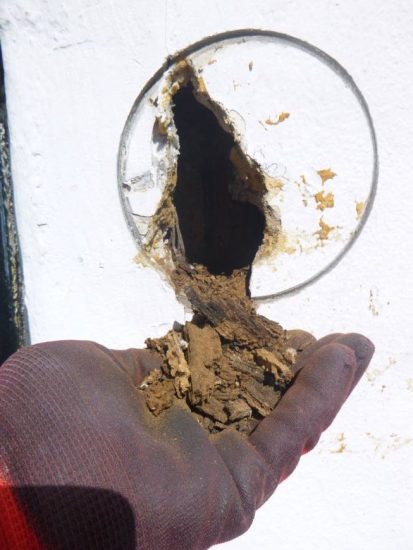 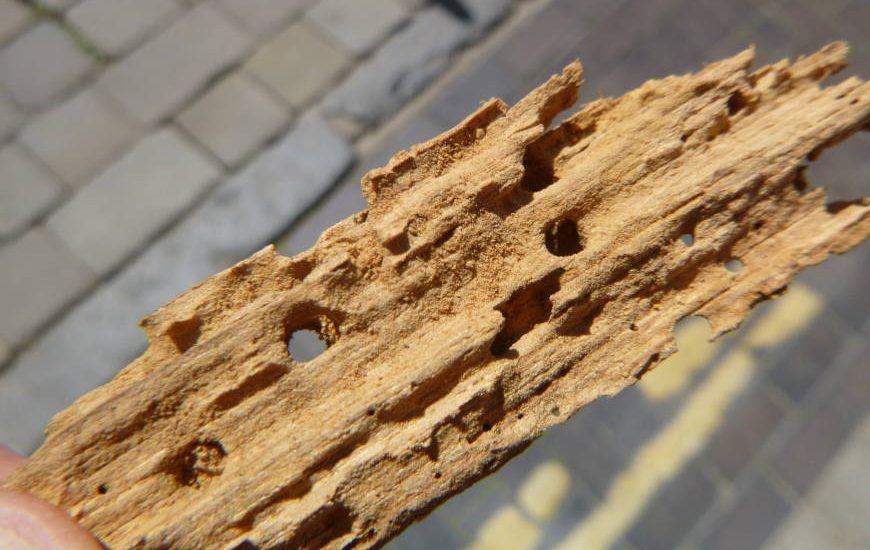 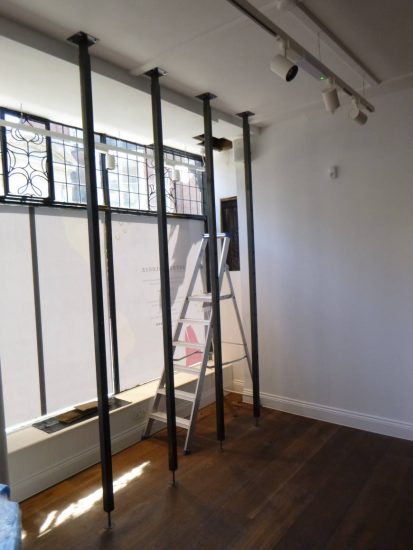 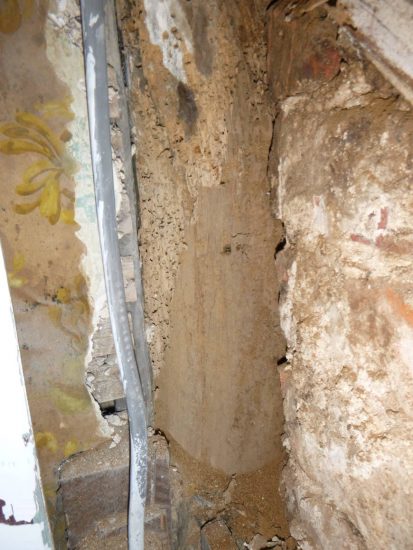