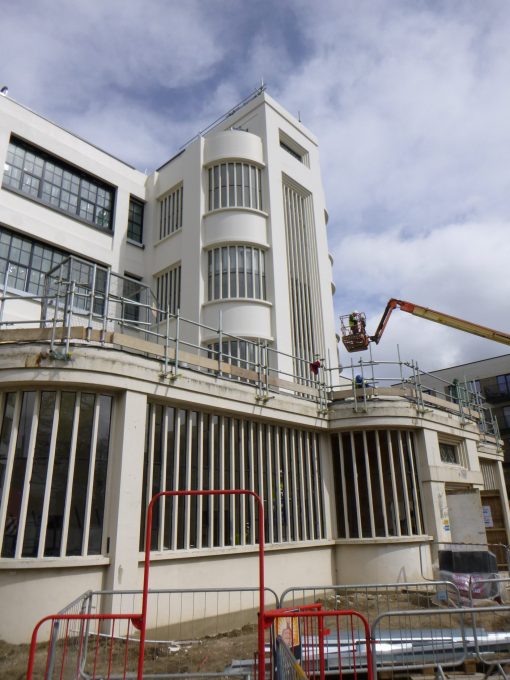 Not unusually, H+R surveyors found themselves at different ends of the country with investigations of St Ann’s Church ensconced within the active Royal Naval dockyard in Portsmouth and also in Scotland at Stirling Castle.  At the latter, H+R were tasked with providing historical research into the origin of the roof timbers by deciphering the incised importation marks.  Historic context was also gained by establishing how the individual timbers had been sawn and worked

Work in London included further investigations at Liberty and the former London Chest Hospital in Hackney.  In addition, much time was devoted to Electra House in Moorgate which housed SOE in WWII and originated in 1902 as the offices of the Eastern Telegraph Company.  There is a splendid decorative dome to the building depicting the goddess Electra

Of particular interest locally to the Surrey office was surveying Syon House, The Farnham Museum and the Nestle Building in Croydon.  H+R have undertaken quite a few studies of interwar Art Deco buildings some of them of an increasingly iconic status such as the Finsbury Health Centre by Lubetkin and Surbiton Station

In the Newark Office, commissions have ranged from the Chapel at Haileybury School through Belton House to Weeting Castle 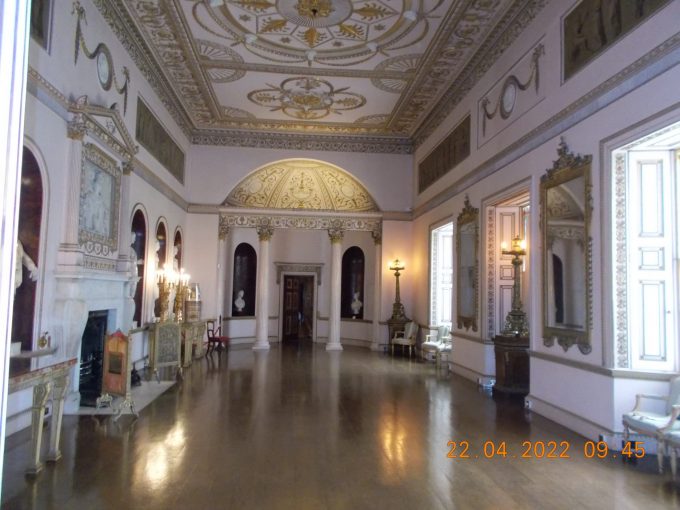