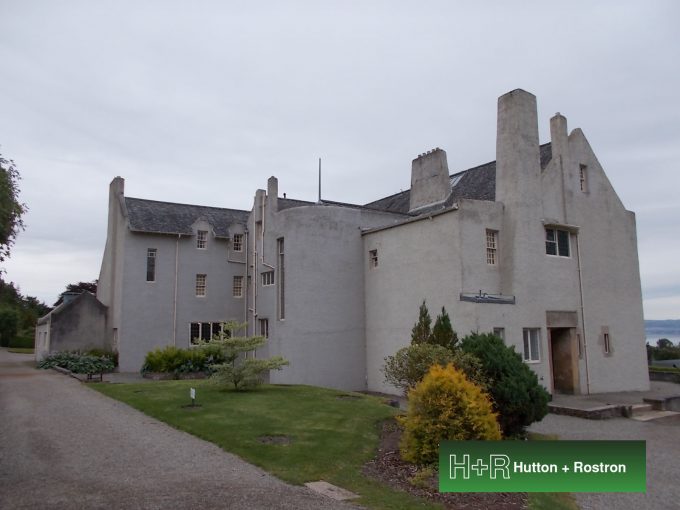 Long serving members of H+R staff were intrigued to return to 78 St James’s Street in London.  H+R undertook a wide range of investigative consultancy on the building back in 2001 when the old Conservative Club of 1844 by Sidney Smirke was converted for HSBC private banking.  Squire and Partners www.squireandpartners.com retained our services after an interregnum of nearly 20 years to undertake an overall risk management survey prior to conversion for new occupants.  We were pleased to see that the magnificent mosaic floor by Basvei which was completely lifted and relaid by H+R and Cliveden Conservation www.clivedenconservation.com in 2001 was in good order as were the unique wall paintings by Frederick Sang and Naundorff

Amongst the many other commissions in the month was a Rothound deployment and timber condition survey of Rennie Mckintosh’s Hill House outside Glasgow.  The dry rot search dogs were also active at the Old War Office in Whitehall which is due to be extensively surveyed by H+R over the next few weeks.  This magnificent building covers over 3 acres and was built at the zenith of British power and influence in the 1900s

The project that occupied most of H+R’s time in the month was Hornsey Town Hall.  It is such a poplar film venue for 20th century drama that H+R surveyors were at risk of being co-opted as extras!

Other projects of interest in the month were the old raincoat factory at Beaumont Works in St Albans for Taylor Wimpey and 266 George Street in Glasgow for Hoskins Architects www.hoskinsarchitects.com/en/ 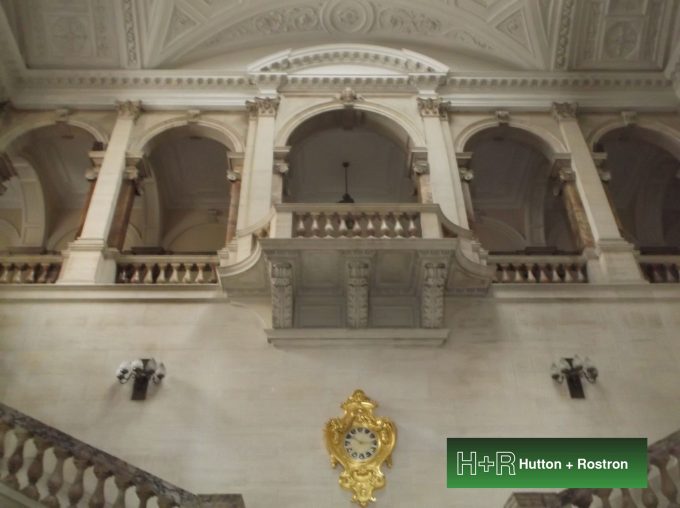