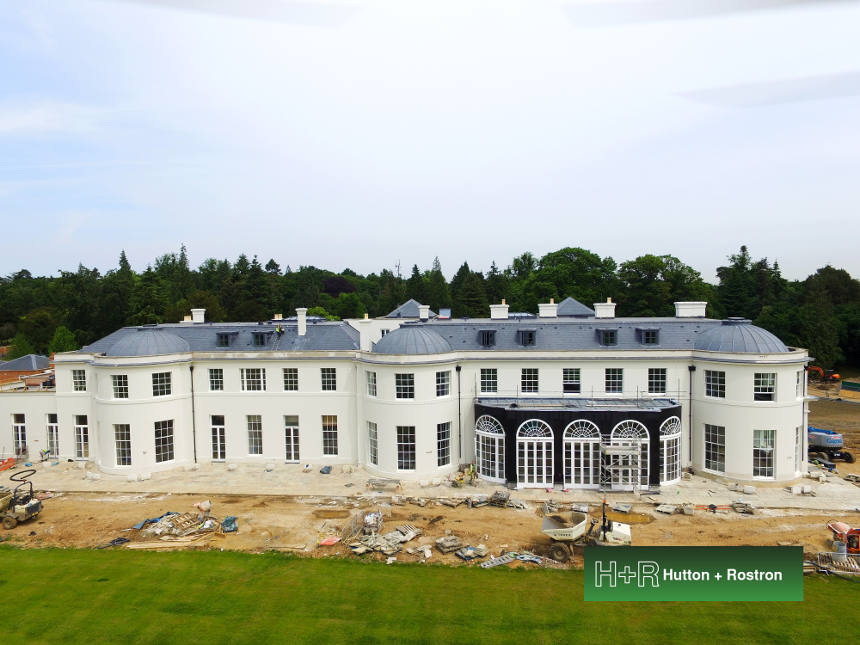 The Brexit vote result has encouragingly resulted in a significant upswing in new enquiries from corporate and commercial clients who had been delaying decision making over the last month. The market view appears to be settling on the fact that ‘bricks and mortar’ are a relatively secure investment that the UK needs more housing whatever happens and that the devaluation of sterling will heighten the interest of overseas clients. In addition, there is the continuing imperative to care for our historic buildings whether Britain is in or out of the EU. Enquiries have been received from all over the country and not just the south-east

Monitoring systems have been updated at 3-10 Grosvenor Crescent in Belgravia and Windsor Castle. A new but temporary system has been installed at the fire damaged Wythenshaw Hall for Manchester City Council

Developers have appointed H+R for three significant projects in the month in Wimbledon, Burley-in-Wharfedale and East Sussex

H+R North-East have been commissioned to undertake a series of investigations at the Cathedral Close in Lincoln and for the National Trust. In addition Binham PCC has appointed David Watt to bring together a package of repairs to the west front of Binham Priory which incorporates the earliest English bar tracery, as well as other external and internal works, for completion this year

The Norfolk Archaeological Trust has appointed David Watt to manage the consolidation and repair of the standing precinct walls at Burnham Norton Priory, which follows on from similar work for the Trust at Castle Acre Priory and St Benet’s Abbey. This iconic site, with surviving gatehouse and west church wall, represents an important archaeological resource and the development stage of the project has included archaeological recording and documentation, ecological assessment and structural appraisal of distorted wall sections. Scheduled monument consent has been granted and works are due to commence on site this year