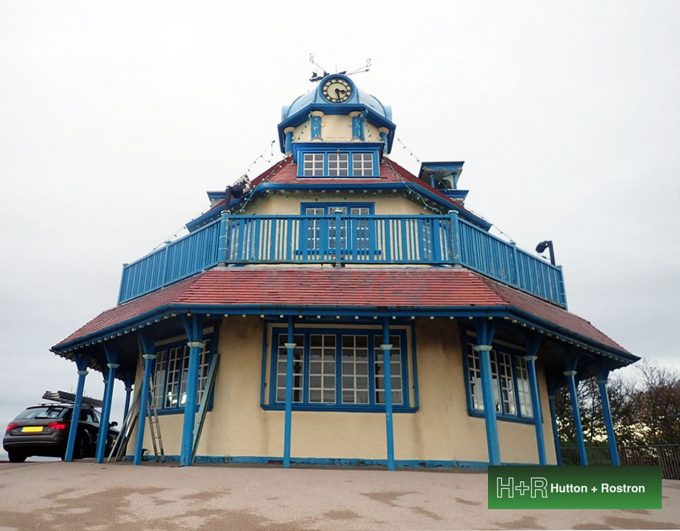 Works are ongoing at Capital & Centric’s £250m Kampus development in Manchester city centre, and H+R were commissioned to carry out masonry moisture profiling and façade condition surveys of two former 19th century canal warehouse buildings on site: the Minto & Turner building and Minshull House, both of which are being re-purposed for residential and commercial use.  The accurate quantification of moisture in masonry masses, the plotting of moisture distribution and the location of hygroscopic salts enables the project team to plan and target accelerated drying works efficiently, and can inform decisions on damp-proofing and the detailed specification of mortars and finishes

In November we were instructed by Curtins on behalf of Wyre Council to survey the Mount Pavilion and Gate Lodge on The Esplanade in Fleetwood in advance of its major refurbishment as a result of the Council’s successful securing of HLF funding.  The location wouldn’t be out of place in a Wes Anderson film!  The current brick pavilion built in 1902 replaced an earlier timber framed pavilion of 1838 and, together with the gate lodge were once important elements in the park around which the town of Fleetwood was planned.  Designed by Purcell, the proposed refurbishment, will accommodate a variety of community-led activities and formal events and will see the reinstatement of the original colour scheme

Spectacularly located in a river valley in the Yorkshire Dales, the Church of Saint Oswald dates from the 15th Century and was modified in the 19th Century by Anthony Salvin, one of the foremost restoration architects of the age.  The bell tower remains relatively unchanged and was the subject of the latest of several recent church tower studies conducted out by H+R.  Commissioned by John Coward Architects on behalf of the Parish Council, we carried out a detailed condition survey of the medieval and later building fabric, identifying decayed timbers and causative moisture sources.  Condensation is frequently a complicating factor in the internal environment of church towers, and H+R presented detailed recommendations for its management, and for the repair of historical timbers and mortars

Barton Arcade, built by Corbett, Raby and Sawyer in 1871, is an iconic cast iron structure in the centre of Manchester and one of the oldest shopping arcades in the country.  Instructed by Crowd UK on behalf of VT Manchester Barton Pte. Ltd, H+R carried out a damp and decay survey of the basement of Unit 9, soon to be home to Manchester’s outlet of the Wok to Walk restaurant chain.  Although outside our specific scope, a hitherto forgotten second basement storey below was ‘discovered’ and its vaulted interior is currently being developed by Crowd UK as a unique event space for hire 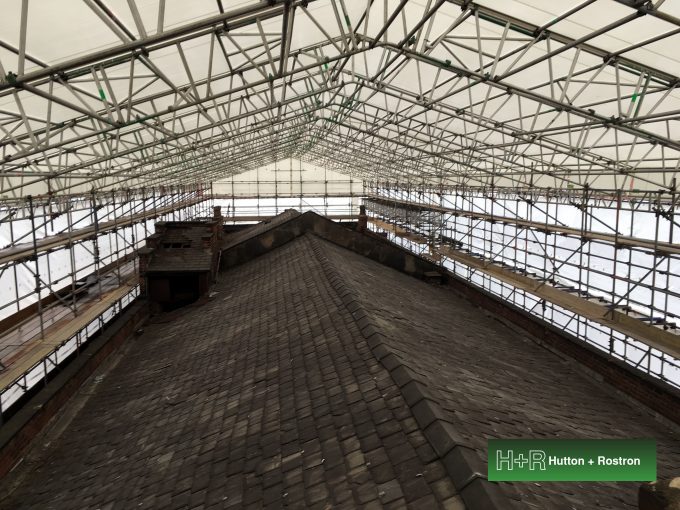