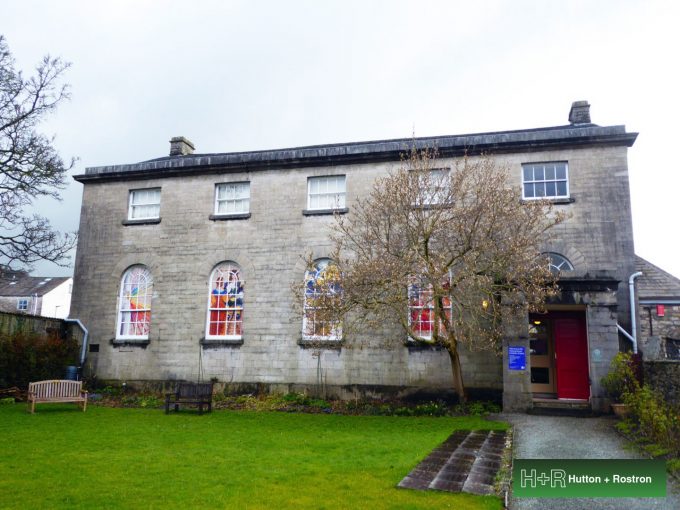 H+R were called in to investigate the roof structure at the Quaker Tapestry Museum and Meeting House in Kendall where current fundraising seeks to carry out much needed repairs to the roof.  The Meeting House, which has recently celebrated its 200th anniversary exhibits 77 vibrant embroidered panels made by 4,000 men, women and children from 15 countries between 1981 and 1996.  Further surveys in Cumbria included the former Ulverston Town Hall that was recently declared surplus to requirements by the Local Authority and is due to be redeveloped into much needed affordable housing

Surveys in Manchester included a preliminary investigation of damp and decay at the Grade II Listed Oddfellows Hall where we were appointed by Balfour Beatty.  Architects Penoyre and Prasad were appointed to design the extension and refurbishment.  This forms part of The University of Manchester’s ambitious masterplan to create a world-leading campus in multi-disciplinary engineering and sciences.  In a continuance of our longstanding relationship with Manchester’s Universities, H+R have recently undertaken a survey of the Grade II Listed Grosvenor Building, home of the Manchester Metropolitan University School of Art, and provided advice related to their ambitious refurbishment plans

H+R’s decade long involvement at Stone Cross Mansion in Ulverston is now coming to an end as final snagging inspections are being undertaken.  Persimmon Homes have now redeveloped the Grade II listed building into 19 luxury apartments and the project is now entering the final straight