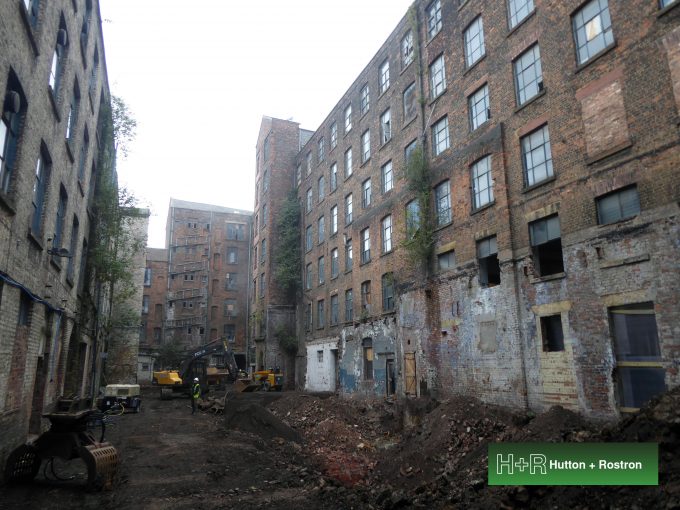 With a skyline engulfed by cranes, the significance of the transformation that Manchester is undergoing speaks for itself, and it’s no wonder that an ever-increasing volume of H+R’s work is close to home in the city centre.  In close proximity to the proposed HS2 platform at Manchester Piccadilly, we were recently appointed by Capital + Centric to undertake a range of specialist surveys at their Crusader Works mill complex.  Currently at an early stage of the works, the site is being developed into apartments specifically for Mancunian owner-occupiers.  Although 19C Mill buildings lend themselves to conversion, this project is not without its own specific complexities, and our specialist timber consultancy has been invaluable to the wider design team, including Structural Engineers Arup and Architects Shedkm

Capital + Centric are involved in some of the most exciting projects in the region and our current involvement also extends to their Manchester Kampus development.  Unfortunately, earlier this summer, no sooner had Capital + Centric announced ambitious plans for Liverpool’s Littlewoods Pools building than it was devastated by fire.  Thankfully, the building was largely saved thanks to the efforts from the fire service.  Dubbed ‘The Hollywood of the North’, the site will consist of a film studio complex and become a new base of Twickenham Studios

Our long working relationship with the Science Museum Group has seen us return to the Museum of Science and Industry in Manchester to investigate the roof structure of the Grade II listed Powerhall and the external timbers of the Grade I listed 1830 Warehouse.  The buildings are located in the historic site of the passenger railway station for the world’s first inter-city passenger railway.  Our surveyors often have spectacular views when working from a cherry-picker and it was no different on this project; the Old Granada Studios neighbours the museum, and our surveyors were thoroughly entertained by the ongoing demolition of the original Coronation Street set, which is all but complete

H+R are currently engaged by ID Partnership (Northern) Architects on behalf of developers Easteye Ltd. in advising the design team for an ambitious, mixed-use development on a 0.23Ha site comprising almost half of a medieval city block in Newcastle’s Central conservation area.  This challenging project will see the incorporation of retail, bar, restaurant and a nightclub uses into Grade II and Grade II* listed buildings, the most important of which include 15th and 16th century timber-framed structures as well as 17th and 18th century brick ranges.  H+R have concluded preliminary investigations on current levels of damp and timber decay and continue to advise on the protection of timber elements during construction in order to ensure the retention of historical material to the maximum, practical extent

Still further north, H+R were commissioned by Collective Architecture to conduct a preliminary investigation of damp and decay in the B-listed, former stable block at the Powderhall Depot in Edinburgh, which is owned by the City of Edinburgh Council.  Built in the Scottish Baronial style, the sandstone building will be re-purposed to provide micro-enterprise workspaces and community meeting space as part of the Council’s ambitious scheme to develop the wider site for social and mixed tenure housing.  H+R’s scope of service included the provision of advice on the extent of masonry repairs required; ‘future-proofing’ against timber decay; and detailing for the management of efflorescent salts internally, an issue commonly encountered in former stable buildings

In contrast to our usual investigation of traditional buildings, we undertook a somewhat challenging survey of the Tower Wharf in Chester alongside the River Dee for Cheshire West and Chester Council.  Access restraints and the tidal nature of the river meant that timing was key to ensure that comment could be made on as much of the below river timber structure as possible.  Upon completion of the survey the team witnessed the tidal bore – which didn’t disappoint! 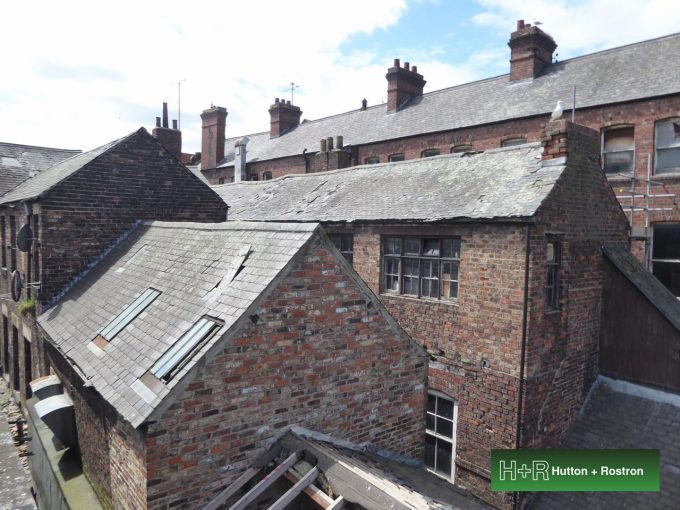