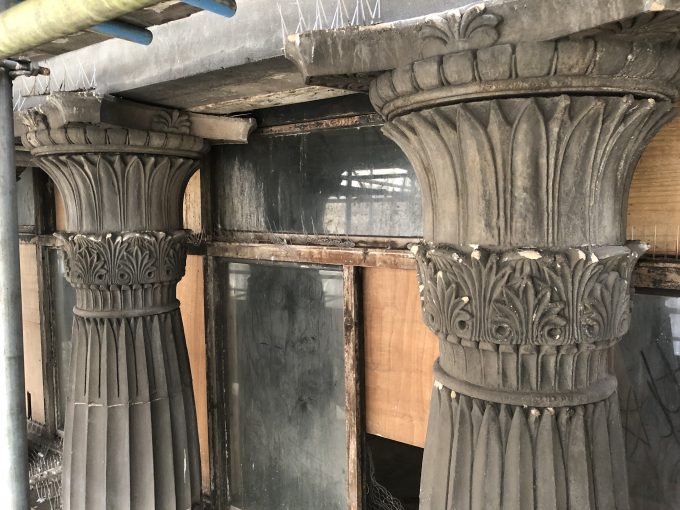 A summer trip to North Wales in July included surveys in Llandudno and Bangor.  In support of building warranty provider requirements, H+R were asked to undertake a render condition survey and condensation risk analysis of the Grade II listed Edwardian Ysgol Maelgwn Council School in Llandudno Junction.  Brenig Construction (https://brenigconstruction.co.uk/) are currently undertaking a redevelopment of the site in which the former school building is to be converted into 10 social housing units.  During our investigations and to the delight of the contactor we revealed an original bitumen damp-proof course that was ‘proved’ by H+R by conducting a simple on-site exercise.  This meant a significant financial saving for the contractor as they had allowed for an injected damp-proof course, something which is both unnecessary and inappropriate

The purpose of our visit to Bangor was to investigate a suspected dry rot fungus within the tower of the Grade I listed Main Arts Building at Bangor University.  H+R identified that the mystery growths were not dry rot fungus but were in fact the roots of a fern that had taken root within external mortar joints.  Correctly identifying decay organisms and their source of moisture is crucial before suitable recommendations for repair can be made and fortunately H+R surveyors are specialists in mycology and entomology.  Our involvement at Bangor University continues as we are currently consulting on roofing and parapet masonry repairs to the adjoining Library

Further north, H+R are advising on two showcase projects in the ongoing regeneration of Glasgow’s historic city centre.  The Category ‘A’ listed Egyptian Halls is widely regarded as perhaps the finest building by the city’s foremost architect of the Victorian era, Alexander “Greek” Thomson.  Completed in 1872, this ornate but now imperilled masterpiece is soon to be re-purposed as a luxury hotel, and H+R are providing expert advice on the condition and preservation of the cast iron structural frame, limecrete slab and ornate stone façade elements for consulting engineers Will Rudd Davidson (https://www.ruddconsult.com/).  Meanwhile, overlooking George Square, H+R are advising Hoskins Architects (https://www.hoskinsarchitects.com/en/) on dampness and timber condition in nos. 266 and 280 George Street which are being incorporated into an ambitious complex of high-quality apartments, leisure and retail units by the Chris Stewart Group (https://www.chrisstewartgroup.com/)

In August H+R undertook a timber condition survey of the 5 storey 40-46 Princess Street in Manchester located within ‘The Gay Village’.  The late 19th Century Grade II listed buildings known as Eastern House and The Langley Building are in close proximity to the Rochdale Canal and were originally built for textile warehousing and offices.  A ship’s prow over the corner doorway reflects the building’s mercantile function.  During our investigations we discovered that the rolled steel I-beams that support the floor structures were manufactured by Dorman Long & Company Ltd of Middlesbrough.  The steel manufacturers later diversified into becoming one of the largest bridge engineering companies of the 20th Century and constructed the Tyne Bridge, Lambeth Bridge and famously the Sydney Harbour Bridge 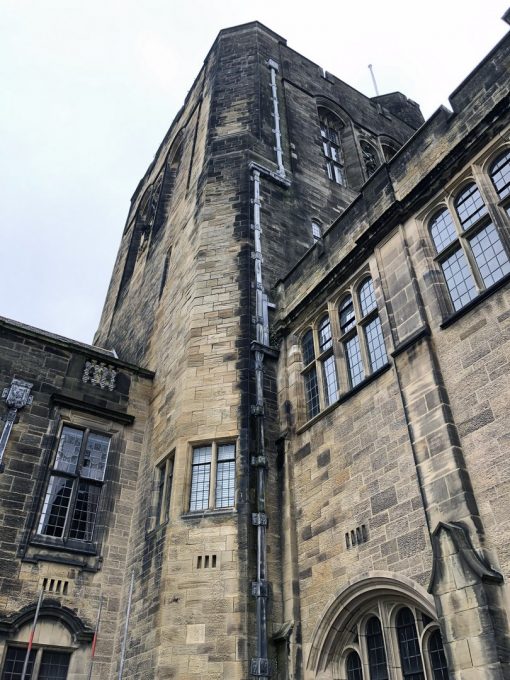