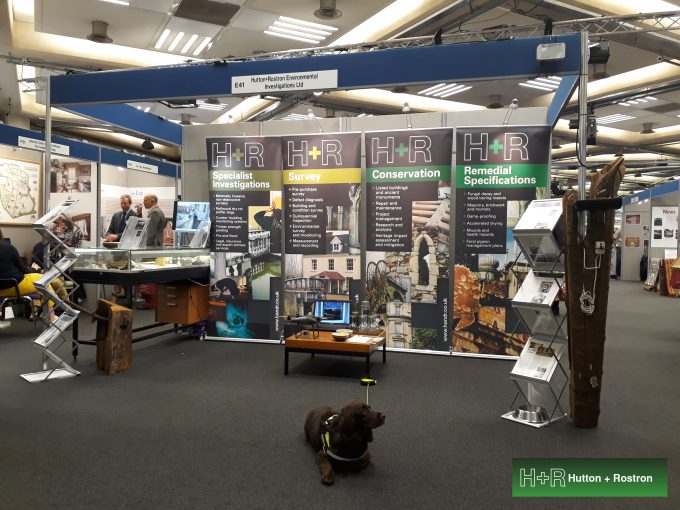 The highlight for the month of November every year is the Historic Houses Association AGM and exhibition.  This is the only event in the year that H+R exhibit and the star attraction was the debut of Pip the latest Rothound.  Pip is a 2 year old Sprocker spaniel and is now sufficiently trained to be deployed on ‘active duty’ and has already completed over twenty searches including at the Royal Military Academy Sandhurst

During November, the usual fascinating range of buildings were encountered with the most notable including Kedleston and the oldest gas holder in the world dating to 1829.  Between these two ends of the spectrum, extensive survey work was undertaken with examples including the Cabinet Office, a return to the Palace of Westminster, Peterhouse Chapel, Beverley Minster and Octavia Hill’s birthplace in Wisbech.  Octavia Hill was, amongst other things, one of the founders of the National Trust

A stand-out commission was the very dilapidated Victorian Ladywell swimming pool and bathing house complex in Lewisham.  Despite the decay and vandalism, the building was a fascinating reminder of when local people had an outlet for recreation but could also book a bath in cubicles ranging from first class to third class.  Not quite the precursor to the spa industry of today

It was pleasing to be notified of the completion of the refurbishment of the original 1863 Guards Chapel at Chelsea Barracks which forms the centrepiece of Qatari Diar’s redevelopment of the site. H+R undertook specialist investigations of timber condition and service life as well as consultancy on drying down the structure. A remedial strategy was drawn up covering all aspects. One of the most intriguing features of the interior are the unusual tiled 1880s war memorial panels listing the names of all ranks killed in action including private soldiers. This was rare for the time and possibly unique

H+R are not all about old buildings and we continue to support a range of developers on new-build and contemporary structures where issues have presented themselves during the latent defect period.  These are usually too commercially sensitive to mention in detail, but do form a significant part of our workload 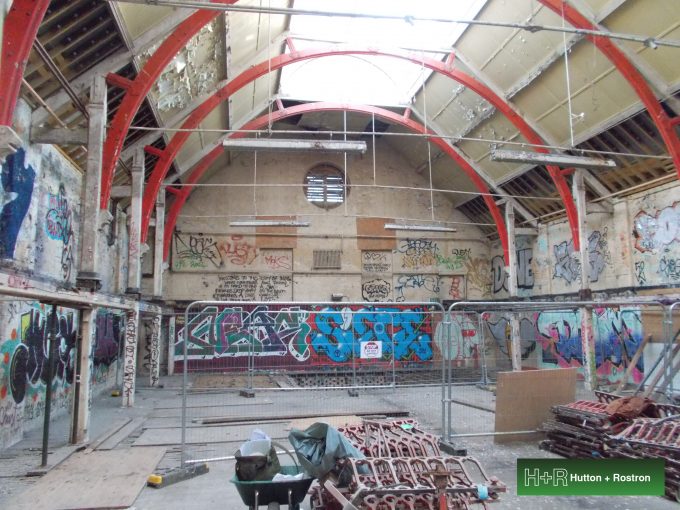