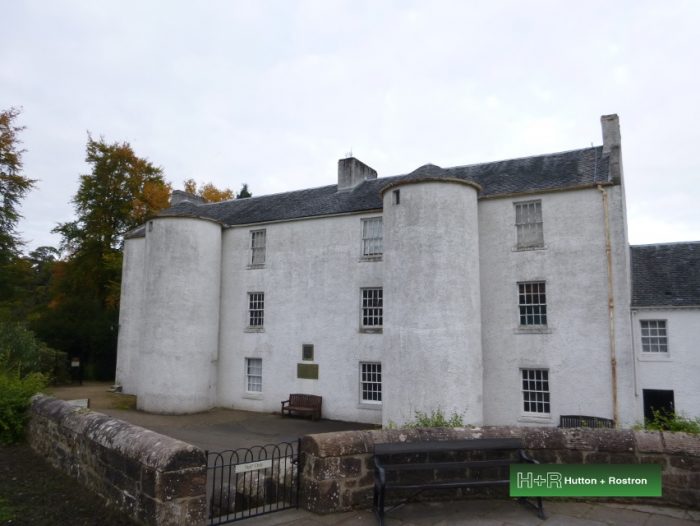 October has brought glorious sunsets and morning mists to the H+R head office at Netley House. Soon enough fires will be lit in the grates

The Scottish theme of August and September has been continued with Southern office staff having to assist the North-West office to undertake extensive surveys at the David Livingstone Museum in Glasgow and at Riddles Court in Edinburgh. The latter is a very rare survival of 16th Century Edinburgh and was frequented by H+R staff when it used to be the HQ of the Scottish Historic Buildings Trust

After the original contractor at Pitzhanger Manor (see June News) went out of business, the project is back on track with the first H+R surveys due covering the condition of moulded plasterwork

Extensive survey work has been undertaken on a series of residential London projects including 17 Buckingham Gate, 47 Norland Square and 6 Bloomsbury Square

One of H+R’s imminent projects, the old Co-op building in Hanover Square, Manchester has been extensively damaged by fire in the last week and therefore H+R are sadly likely to be providing their additional expertise in this specialist area again

H+R staff held a very successful Bake-Off for charity including a model of head office to set the scene.