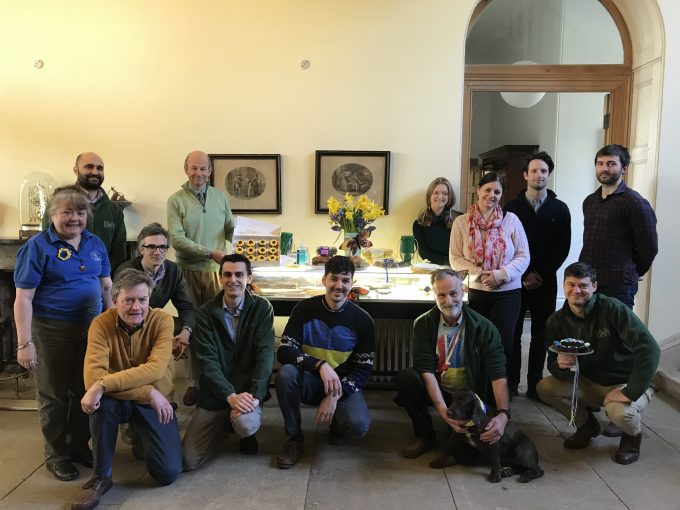 As shown in the photograph; H+R staff are doing their bit, including ‘Pip’ the Rothound!  Netley House are holding a cake sale this week to raise money for the UNICEF children Ukraine appeal, with themed cakes and colours!

Tim Hutton of H+R Environmental Investigations is starting a campaign to ‘Put on extra layers of clothing and/or a head covering to help save the Ukraine and the World’:  This would allow temperatures in all buildings to be reduced by 5 to 10 degrees centigrade which would result in the reduction in the use of oil and gas equivalent to at least that provided by Russia. It would also save money, allow concerned citizens of all ages in the UK, Europe and North America to signal their support for the Ukraine, would help save us from climate change; and would be immediately effective.

However, older readers will know that this is not a new idea, as our parents and grandparents generally wore several layers of clothing and looked very elegant and fashionable in their time. As my grandparents used to say, ‘any fool can be cold and uncomfortable’, and they were neither. Most buildings built prior to the second half of the 20th century were also designed to be occupied without constant central heating, and it can be healthier for the buildings and the occupants if they are heated 5 to 10 degrees less than is now common.

Although it is now supposed to be ‘Spring’ in the UK, many buildings and homes have gas and oil-fired central heating running, so we could all make a big difference by putting on additional layers of clothing and/or a head covering, and turning down the thermostat! The DOE says that you can save around 3% of energy used for each degree of temperature reduction, so it is possible to reduce our consumption of gas and oil by 15 to 30 % (which is comparable to that supplied by Russia).