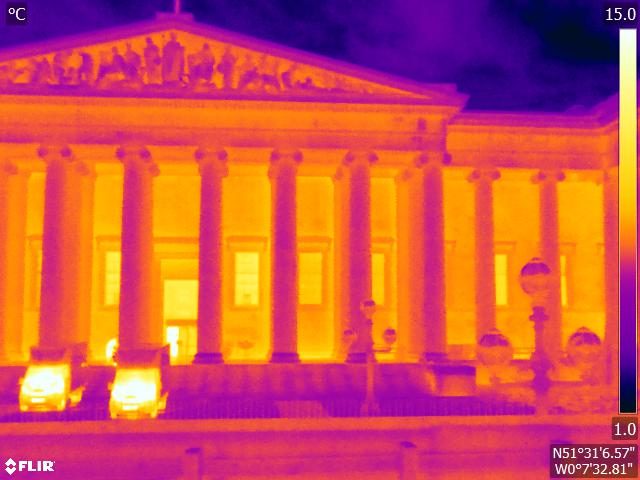 The thermographic and penetrating damp investigations at the British Museum gathered pace in the month with H+R specialists contending with difficult weather conditions necessitating very early starts and strong winds delaying drone deployment.  Other major projects in London started with the complete refurbishment of one of the largest town houses in Mayfair to become a private members club and the wholesale re-purposing of the former Grosvenor Gardens House

The property was built in the 1920s and was formed of a contemporary timber frame supported on a redbrick dwarf wall and externally clad on the first-floor level and roofs in quarter sawn cedar shingles, and on the ground floor level in softwood tongue and groove weatherboarding

The widespread use of cedar and other softwoods, the construction methods and form of the property suggested it was likely to be an imported ‘system build’ house, possibly from Sweden, where the original owners had emigrated from.  After the war Swedish prefabricated houses saw brief popularity as a response to the damage and loss of property following the second world war

Generally elsewhere in the country old mill buildings in Birmingham, the town library in Grantham, a splendid cottage on the iconic Gold Hill in Shaftesbury (scene of the Hovis TV advertisements), the first of a series of tenanted historic farmhouses for the National Trust, St John’s Almshouses in Winchester, 40-46 Princess Street and Heaton Park in Manchester, Townley Hall in Birmingham, Greta Hall in Keswick, St John’s Kirk in Perth, the Central Methodist Church in York and Belton House and Weeting Castle 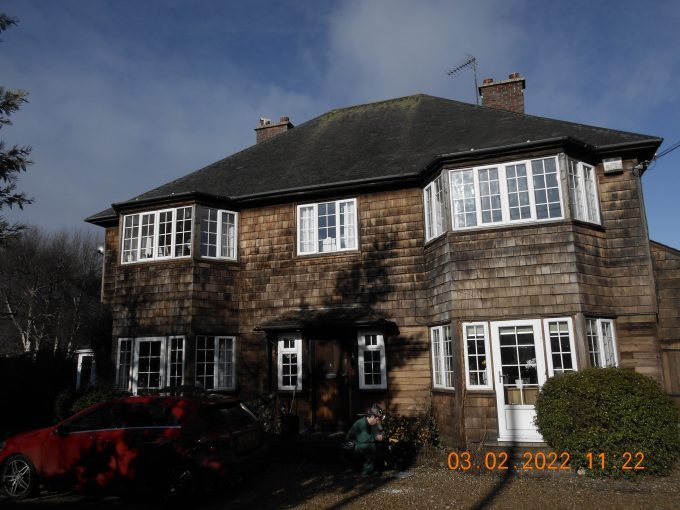