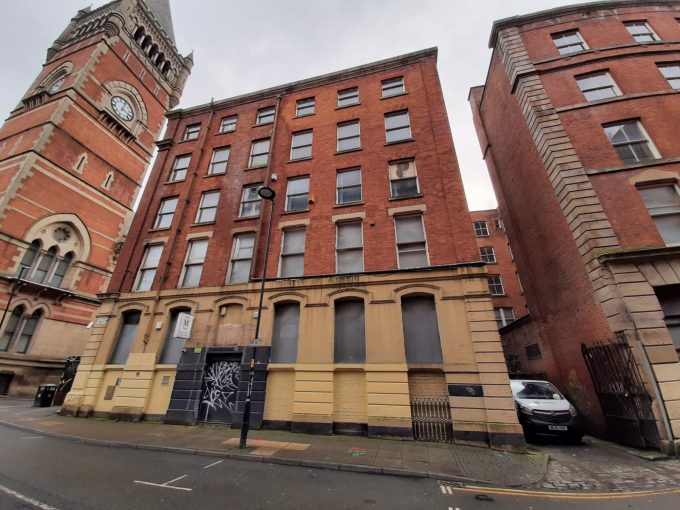 In January and February of 2021, H+R carried out material condition investigations of the roof structures, floor structures, staircases and ceilings of the Grade II-listed Mindel House and 26 Bloom Street in Manchester – the first part of a multi-phase investigation in support of pre-commencement discharging of planning conditions.  Mindel House and 26 Bloom Street are thought to be some of the last remaining unconverted Victorian warehouses in Manchester City Centre.  Beech Holdings wre granted planning permission in 2020 to convert the empty buildings into 78 low carbon flats to be known as ‘Mindel + Bloom’

H+R conducted timber species identification of structural timbers in Mindel House and found an abundance of Eastern white pine (Pinus strobus) in roof structures.  This species was commonly imported for the construction of Manchester’s 19th century mill buildings, though its use in other parts of the UK was limited during this period.  Eastern white pine is relatively weak in bending when compared to other more favourable softwood timber species, and is generally no longer used in the UK for structural purposes

In December and January, H+R conducted an investigation of damp and decay at the much-loved Tatton Arms in Northenden.  The Victorian pub and its Edwardian extension had been vacant for many years and fell into severe disrepair. The Britannia Group received planning permission to convert the site into a high-quality residential development, whilst retaining the significance of the local landmark and preserving surrounding woodlands and vistas

In early March, H+R conducted an investigation of roof structures in the Old Co-op building in Sacriston.  In a prior refurbishment, the roof space had been insulated with sprayed polyurethane foam (SPF) between rafters.  This had caused acute levels of condensation to accumulate in the roof void which, combined with localised water penetration from slipped slates, had resulted in generally damp conditions and widespread decay of timbers by common furniture beetle (Anobium punctatum).  Permethrin dusting powder, commonly administered by pest control companies had also been applied over the ceiling insulation.  Permethrin is an insecticide which is highly toxic to aquatic life and poses a potential hazard to anyone working within the roof space.  Both SPF insulation and permethrin insecticide powder are hallmark examples of inappropriate remedial measures taken in historic structures; the old Co-op Building is a good example of how detrimental the effects of inappropriate treatments can be 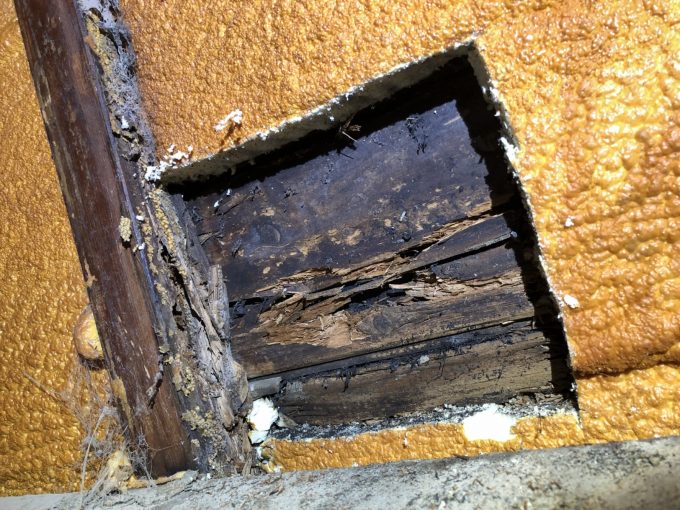