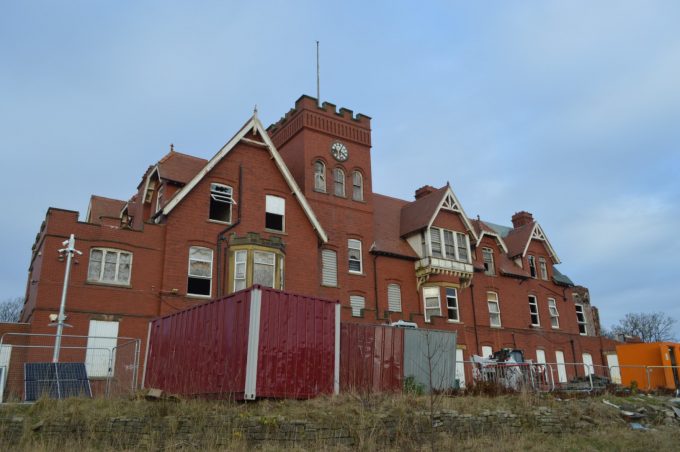 In December, H+R attended the former Birkdale Deaf School in Southport to undertake a preliminary investigation of masonry damp and timber condition.  Winworth Construction Ltd have been granted planning permission by Sefton Council to redevelop the Grade II listed building and surrounding site into a retirement community.  Originally built as a private boarding school for Terra Nova school in 1904, the site was purchased by the Liverpool School for the partially deaf in 1948 and used up until its closure in 2003.  The building became a regular target for vandals and unfortunately sections of the roof were destroyed by fire in 2010.  This long-term water penetration had provided the conditions for dry rot infection (Serpula lacrymans) and timber decay

In January, H+R undertook a return visit to Rochdale Town Hall, following their preliminary damp and timber survey in August 2019.  The Grade I listed Victorian Gothic-era building is currently undergoing a multi-million-pound restoration, which will return the building to its former glory.  Following the provision of improved access H+R were able to undertake further detailed investigations of roofs over the lavishly decorated council and the organ chambers

H+R were commissioned by Oldham Borough Council to investigate the condition of roof timbers and joinery at the Ex-Prudential Assurance Company Offices known locally as ‘The Pru’.  Dating back to 1898, the building was designed by the legendary architect Alfred Waterhouse who was commissioned to design a total of 27 office buildings for the company in many of Britain’s newly wealthy industrial cities between 1876 and 1901.  While varied in style, almost all were designed to a high specification with granite, red brick and terracotta exteriors and the Oldham office itself featured a lavishly tiled interior.  As of 2020 the Victorian Society had identified The Pru as one of Britains most at-risk buildings.  H+R investigation identified that although internal joinery throughout the building had suffered from dry rot infection, the windows and internal joinery in the prestigious Banking Hall were in remarkably good condition.  Timber species identification of the Banking Hall room joinery identified American black walnut (Juglans nigra) as the predominant species and the use of this highly durable timber explained the remarkable condition it was in 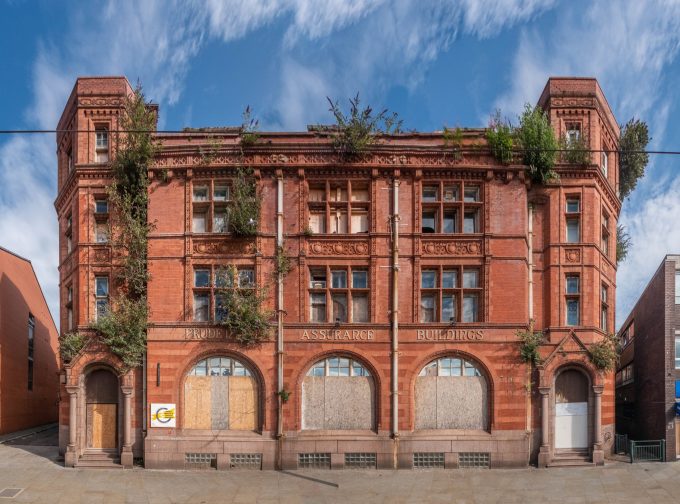